My journey officially started in November of 2015. That is when my husband and I decided we were going to try to conceive (TTC). We both had big birthdays coming up in 2016 – he was turning 40 and I was turning 30 – so we felt that it was good time to get started. We waited until November because I wanted to throughly enjoy the summer season and get all the partying out of my system before we buckled down and made a baby. Halloween seemed like the perfect bookend to my party season, especially since we planned to go to this awesome costume party that sure to be a drunken-good-time.

So November came around and I made a few seemingly necessary purchases – What to Expect Before You’re Expecting, What to Expect When You’re Expecting, and pregnancy tests. I learned how to estimate when I was due to ovulate and my husband and I got to work. After the first month I got my period and although I was disappointed, I knew that this could take some time. However to increase our chances of success I followed all of the recommendations that were in the What to Expect book – eat healthy, abstain from alcohol, exercise, take prenatal vitamins, etc. I had an appointment wth my OB/GYN that December for my annual exam and she reassured me that it could take up to 6 months for a healthy couple to conceive. Nevertheless, each month I anxiously awaited to see whether or not my period would come, and when it did, each time I was more and more devastated.

March rolled around and I was due to see my primary care physician. She suggested that I use ovulation predication kits and this fertility friendly lubricant called Pre-Seed. However, another month went by and still no luck. May was approaching fast as was my 30th birthday. I thought to myself “what a wonderful gift a positive pregnancy test would be”. But instead my birthday came and went and the day after I got my period. Not only was I emotionally exhausted but our six months were up. It was time to schedule a appointment with my OB/GYN to discuss possible infertility issues.

The earliest appointment we could get was August, which to me seemed like forever away. However, my husband and I were due to go on vacation in Vermont at the end of June, which could not have come at a better time. So we packed up our two dogs and our car and drove from our home in Michigan to the Green Mountain State. For a week we hiked up mountains, ate delicious food, and drank locally brewed hard cider. It was great. Exactly what we both needed. When we left for our trip I was actually a week late, but I didn’t take a pregnancy test because we hadn’t been so lucky on that front and I didn’t want another negative result to ruin our trip (I had been up to a week late a few times already, but still no luck). However, even though I didn’t have any proof, I had an inkling that this time was different. For starters, I was nausea on our trip. Thankfully crystallized ginger is a staple in our house and we had brought some on the trip. Another clue – I was craving meat. Now, I was a vegetarian for five years followed by being a pescatarian for another five. And now, all of a sudden, I wanted meat! Hamburgers to be exact. But I still didn’t want to risk taking a pregnancy test and being disappointed, especially since we were having such a wonderful vacation. So I waited.

At the end of the week we said goodbye to Vermont and headed back to our midwestern abode. After a restful night’s sleep I woke up early, desperately needing to pee. I dug a pregnancy test out of the drawer and took it. I sat there on the cool bathroom floor for five long agonizing minutes hoping my gut was right. An finally – 2 pink lines. I couldn’t believe it! Then I laid out some clean toilet paper, carefully placed the test on the bathroom counter for my husband to find, and quietly went back to bed. I will never forget the smile on his face when he came out of the bathroom that morning. 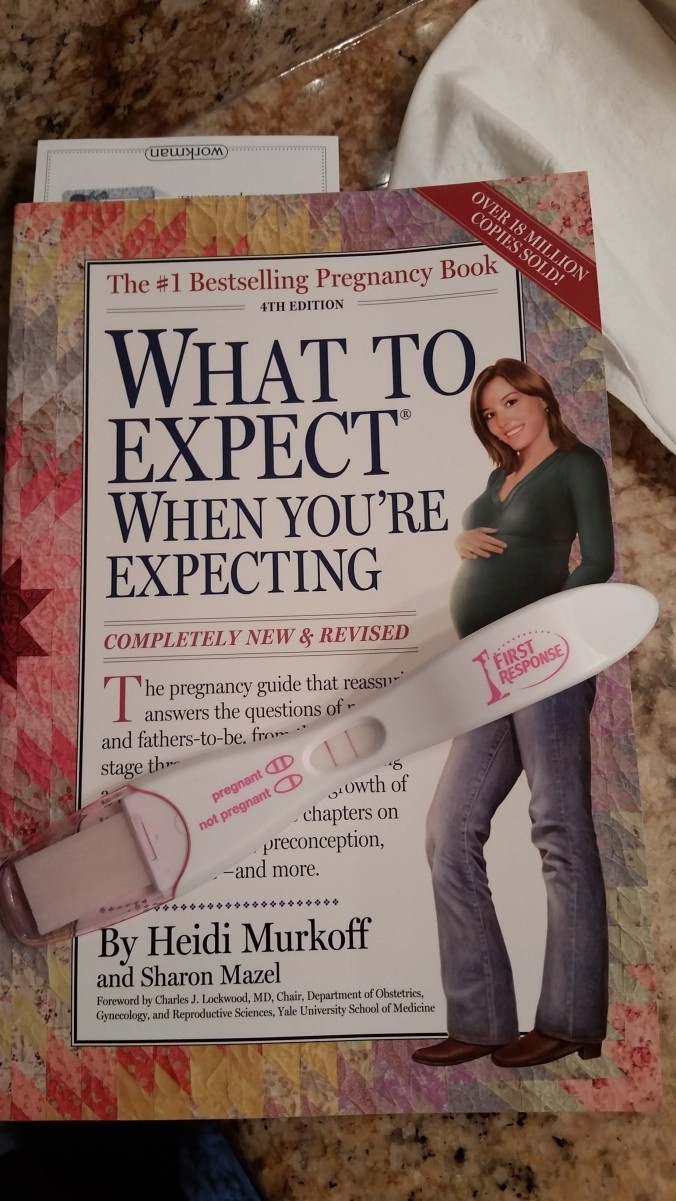 The following Monday I called my OB/GYN to schedule an appointment for our first ultrasound. A month later, on August 1st, I heard our son’s heartbeat for the first time. It was the happiest day of my life up until then. It was then that I began my journey as a mother…